In the 1970’s, New York City was unrecognizable compared to the bustling city it is today, known for its culture, diversity, and opportunity.  Due to a nationwide economic recession and a lack of federal assistance, New York fell into ruin.  Crimes such as arson and looting skyrocketed along with the unemployment rate.  Homelessness, destruction, and starvation devastated the city population.  Additionally, New York tourism was at an all-time low as visitors became scared to visit the city and turned off by its bad press.  The city needed a miracle, and it found that miracle in Milton Glaser, a visual artist.

In the 1960s, Milton Glaser rose to fame by photographing Bob Dylan, designing the New York magazine, and conceiving the layout of the restaurant in the World Trade Center.  Because of his prominence in the New York creative scene, the New York Department for Economic Development approached Glaser.  He met with the agency they chose to spearhead a development campaign to revive New York tourism and change the reputation of the city.  The agency tasked with designing the campaign was Wells Rich Greene, and they met with Glaser to conceive an idea for the logo.  Funny enough, Glaser came prepared with the design scribbled on the back of an envelope. With input from Wells Rich Greene and further development of the logo, the “I ❤ NY” design we know today was born.  Inspired by the opportunity to make a real difference for the city, Glaser did the work pro bono.

None of the parties involved could have predicted what a success the marketing campaign would be.  Today, the logo is one of the most widely recognized around the entire world.  A tourist can step in any shop in the city and find the design plastered across magnets, sweatshirts, pens, mugs, and hundreds more items.  In fact, the logo generates more than $30 million a year for the New York economy, with the Economic Development agency still profiting to this day.  Worldwide, variations on the logo can be found everywhere.  The campaign, which was only meant to last months, continued on for years, revitalizing the city and its tourism market and turning it into the booming metropolis we know today.

In a dark time, the “I ❤ NY” logo shined a bright light on a city that needed a second chance.  It helped change public perception of and bring positivity to the city’s reputation.  The iconic logo is an amazing story which showcases the power of marketing and a great brand strategy.  CCG’s Digital Shuffle is an expert in such strategy.  Looking for a total revamp, a new logo, or the next “I ❤ NY” campaign?  Talk to your CCG representative to connect with Digital Shuffle today! 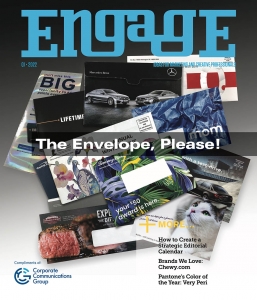